A Farewell Letter from Mollie McFarland 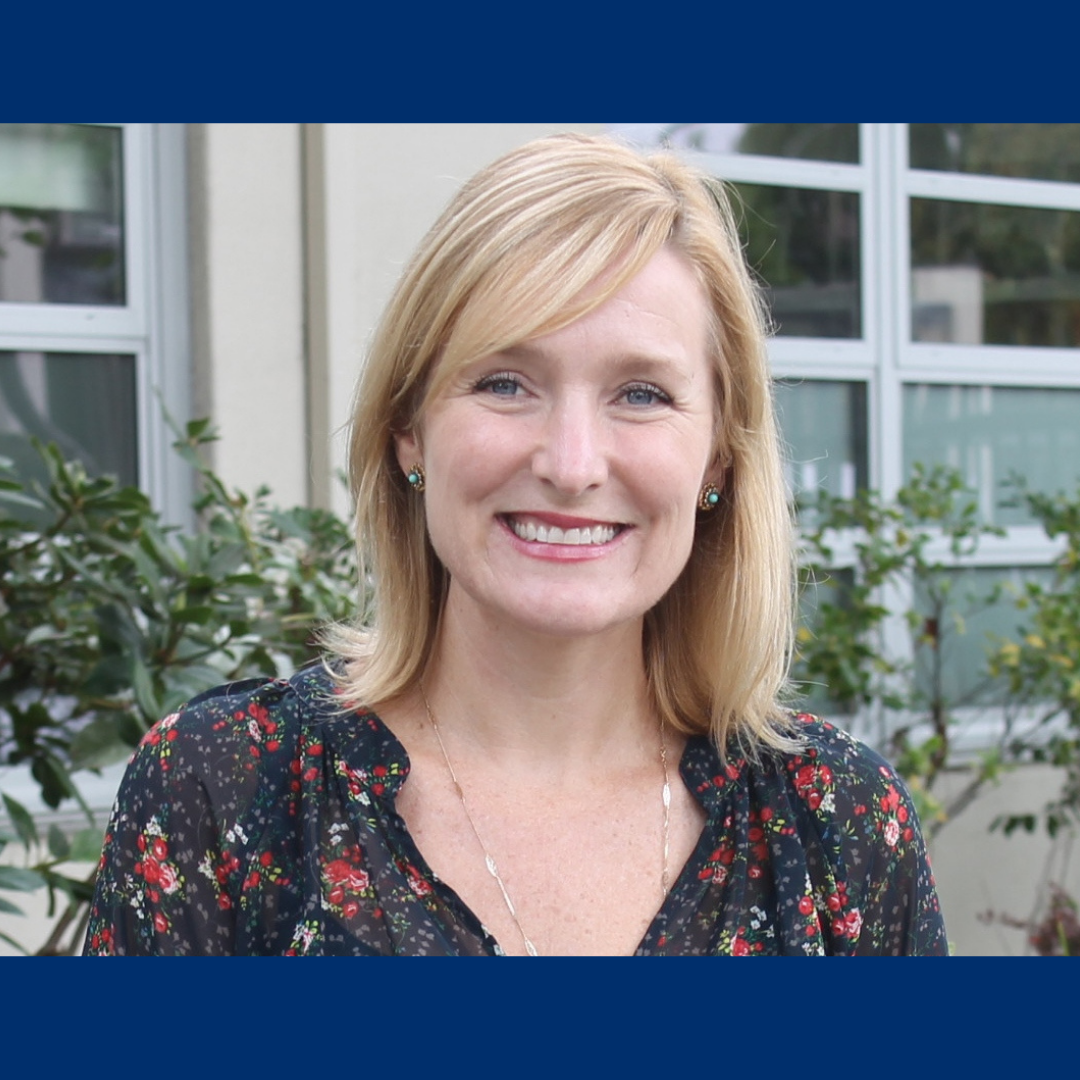 My very first encounter with Saint Joseph’s Notre Dame High School was when I was on a stroll with my then infant son, Declan, down San Jose Avenue. We came upon this beautiful block of Alameda with the Basilica, Notre Dame Quad, the Aiello Science building, and the sounds of live music pouring out of San Jose Hall from Ms. Cekola’s band class. Even though that was six years before I became an employee of SJND, I had a feeling this place meant something for my future.

Mollie with her son Declan and husband Andrew.

Sure enough, when I decided to make a career transition, one of the first job announcements I came across was in SJND’s Advancement department. Seeing it as a sign, I applied right away and was so happy to join the SJND community. The word “community” can be cliche, but I struggle to find the proper words to describe what it’s like being a Pilot, because that’s what I am after eight years here. However, I’ve made the decision to pursue my single subject teaching credential in English full time at CSU East Bay next year, which means I will depart my role as assistant principal of institutional advancement. As my time here comes to an end, I am struggling to find the right words to describe my appreciation for my time at SJND.

From the broadest perspective, the unique experience of being a Pilot reveals itself most in the kindness and compassion of the students, faculty/staff, parents, and alumni. SJND is a place where everyone is looking out for everyone else and wants everyone to succeed. The minute I arrived on campus, I had alumni from the schools of Notre Dame and St. Joe’s reaching out to me to offer their support in any way they could. These first meetings with alumni had me scratching my head thinking “What kind of utopian development office have I landed in where people and donors come out of the woodwork to offer their support, without me having to lift a finger?!” I saw it in the students too, young people who smiled and waved and were willing to step up to prepare a speech for a fundraising event, or give a campus tour, or write a fundraising letter. The prospect of getting to meet more gracious and kind Pilot people through my new job, people who appeared to be so eager to support the mission of the school was exciting, and I couldn’t wait to get to work. 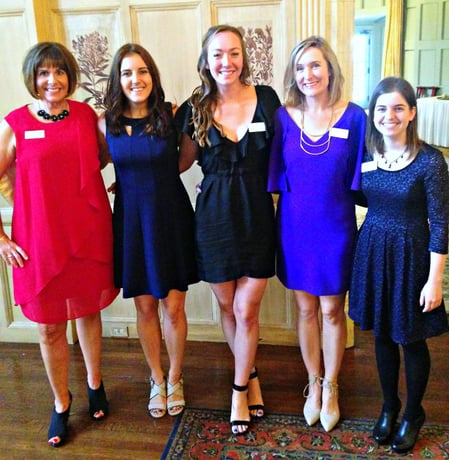 The Advancement Team at a Dream Flight Fundraising Gala

That was back in 2013. Since then, I have crashed many SJND reunions, my first was the Class of 2008 at Trabocco, where I was welcomed with open arms even though I was close to 20 years older than everyone else. The second was the Class of 1994 at Rockwall winery, which was closer to my age, but until I introduced myself, everyone’s faces said, “why can’t I remember who you are? It hasn’t been that long.” That is the beauty of this small, tight-knit high school. SJND alumni remember and have stayed in touch with most of their classmates. Even when I told these newfound friends that my job was to raise money for SJND, they still welcomed me and answered my calls for volunteer jobs and donations! I continued to be amazed by the kindness I experienced all around me.

I could go on and on about how charmed I’ve been by everything about SJND. My office was right across the hall from the yearbook archive room, and I used to love combing through the yearbooks to see what it was like at SJND in the 1940’s all the way up to the early 2000’s. There has been something fascinating about peering into SJND’s past as well as the past lives of the alumni who I’ve had the privilege to meet. These same alumni have shared with me how fortunate they feel to have received an SJND education founded in faith and family.

So I say my farewell for now. It has been an honor to do the work I’ve done and to meet the people I’ve met. There are just too many people to thank here, but I would be remiss in not thanking everyone on SJND’s Leadership Team, as well as everyone on the big-hearted, hard-working Advancement team whom I’ve been so blessed to work with. There have been no better people to clean up with after a Crab Feed! Thank you as well to the outstanding faculty who have inspired me to pursue this next career path as a teacher. I look forward to my now 14-year-old son attending SJND next year, Class of 2025. He’ll be in one of those archived yearbooks someday and that makes me so proud. It also fills me with comfort and joy knowing he will be in the hands of an amazing group of SJND educators.