A Love for the Game: Tzahari Trevino, SJND'24, on Basketball 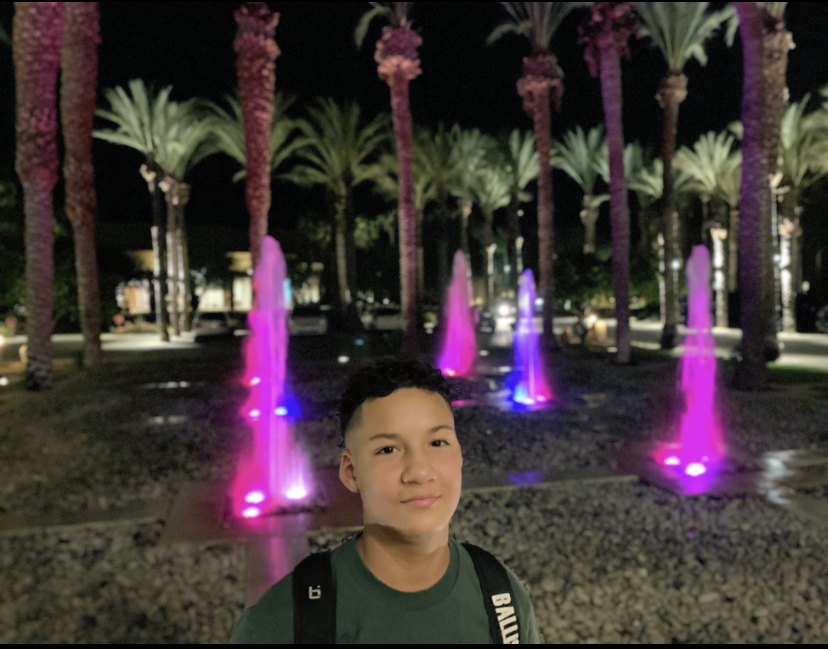 If poetry, according to Jane Austen, is the food of love, then it explains why Tzahari Trevino, SJND ‘24, likens basketball to Shakespeare. Tzahari is not only serious about his studies, but deeply motivated by a love of the sport.

“I just love the game because it's so complex and so amazing,” he said. “Seeing different people, different things, different moves, different techniques, it’s like poetry.”

Tzahari’s passion for basketball extends beyond words. During shelter-in-place, he kept up a training schedule of 15 to 20 hours a week, and his efforts were duly rewarded at tryouts. Though only in his first year of high school, he plays for SJND’s varsity basketball team as a point guard, shooting guard, and power forward. 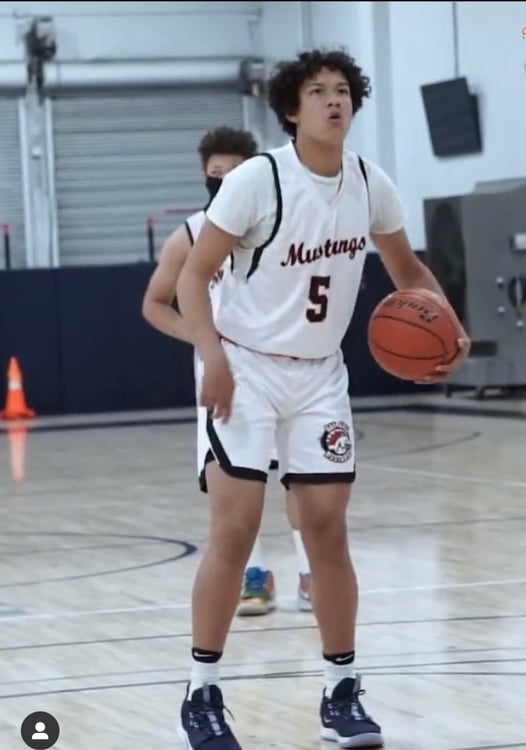 Tzahari Trevino, SJND '24, on the court at a school basketball game.

While sports may be seen by some as a path to individual glory, Tzahari is adamant that he doesn’t seek the spotlight. Basketball, to him, is more about community and adaptability as opposed to attention and signature moves.

“It's more about just being fluent, being able to hit that shot, making muscle memory by shooting over and over again, to where it's a no brainer,” he said. “I don't have a selective move. It's just whatever is in that situation. I remember because I work on it daily.”

Tzahari has been playing since third grade and has a basketball family. Though as a child it was more about the fun, as he progressed and time went on, Tzahari began to value the communal aspect of working as a team.

“The more I played it, it was more about stuff like trying to uplift [my teammates],” he said. “Uplifting my fellow teammates makes them feel better and makes me feel better. I see teammates coming together and they have such a great bond. I want to build that and become brothers.”

It’s not just his teammates he wants to connect with. Growing up, Tzahari attended basketball camps at SJND, and now hopes to be involved in mentoring younger players, giving them the same guidance he experienced.

“I want to be part of their lives,” he said. “That was a big part of my life. I want to be able to help them and put them on the same path that I'm on.”

Basketball, Tzahari said, has gotten him through a lot. The pandemic did a number on the first year of his high school experience, but he maintains a positive attitude.

“I started missing my classmates and I was bummed out that we didn't get to see each other,” he recalled. “But, I try to keep myself motivated to keep on making myself better every day.”

Through the unexpected challenges presented by the pandemic, Tzahari said this time has shown him the importance of gratitude and presence, stopping to savor the good before it slips away. And basketball is still at the crux, providing many valuable lessons for this aspiring pro.

“It’s taught me [to] respect others, how to keep myself humble, how to never stop working. That can translate to different things as in school, life...there's always going to be downfalls, but you just have to get back up.”