Anne Luna, SJND '03, On the Importance of Using Your Voice 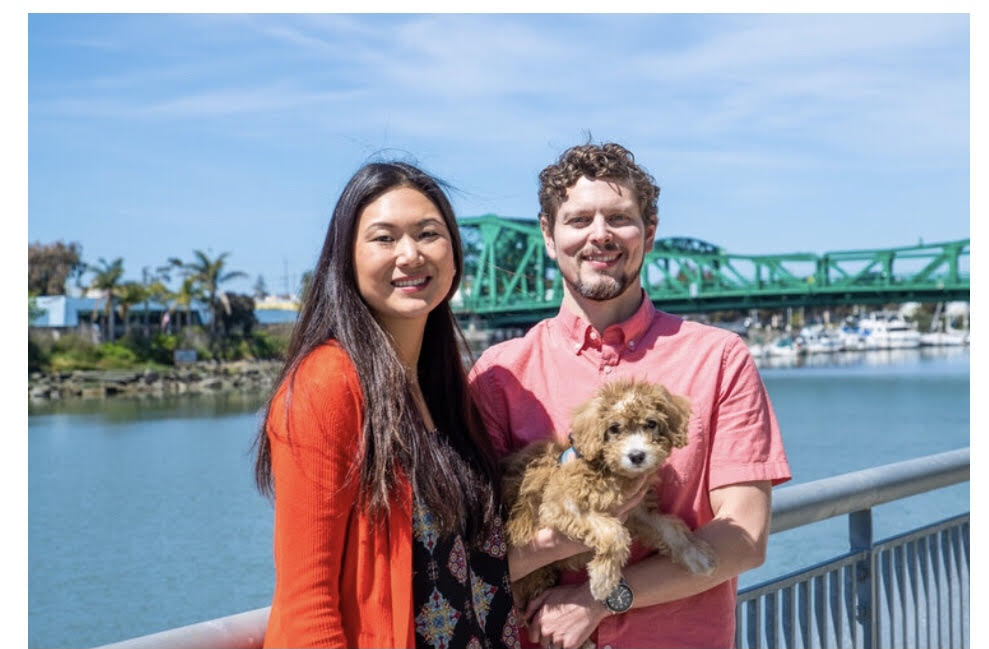 Anne Luna, SJND ‘03, loves music. She has a Goldendoodle named Woody. Anne dabbles in acting, plays the piano (she’s fond of pop, but grew up on Chopin and Beethoven), is a Bay Area native, and is close with her mom. At SJND, she was an All-American athlete, played on the men’s golf team (a women’s team appeared her senior year).

One thing she is not? A virus, as she boldly declares in this PSA on AAPI hate crimes. In a year marked by racially-motivated violence, raising awareness about the issues and discrimination faced by the community AAPI has become paramount.  According to the Center for the Study of Hate and Extremism, hate crimes targeting Asians rose by 150% from 2019 to 2020.

“It's mostly been surprising, or, I guess, shocking, to experience these things so overtly now,” she said. While she has not been a target of physical violence, Anne has had her share of abusive verbal exchanges. “I grew up in the Bay Area feeling like this is this huge melting pot. For the most part, I went to a very diverse grade school and I always felt [SJND] was very diverse.”

Some everyday activities she once did freely she now does with extra precaution: Not walking her dog alone (though a few years prior, she never would have worried), looking over her shoulder, and being hyper-aware of her surroundings.

“I have been seeing incidents more verbal than anything, negative verbal exchanges,” she said. “I've experienced that myself.”

So, when her friend, a director with whom she had worked on a project a few years prior, reached out asking if she would take part in the PSA, Anne said yes.

“[The director] sent us the outline and we all submitted our videos remotely,” she recalled. Although they couldn’t get together in person, collaboration was strong and enthusiastic among the participants. “I wanted to be part of the PSA to help spread awareness. You know, even if we just reach a couple more people, it's worth it.” 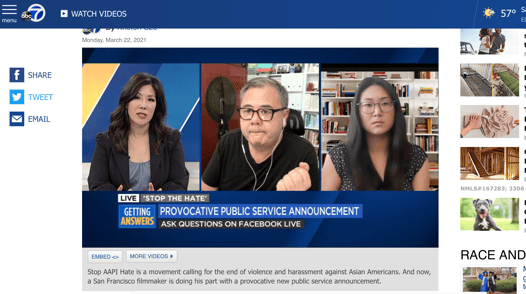 Anne appeared on the local news to talk about the PSA, which aired on ABC7.

The PSA was also featured in the local news, where Anne made an appearance. Despite her nerves, she knew it was an important opportunity to raise awareness about the violence the AAPI community has been experiencing.

“I think it was a really great opportunity and platform to reach more people,” she said. “I think we were flattered that it got some viewership, and that people thought it was worthwhile to continue to spread the word. So any way that we can help people feel less alone or provide more support with this type of topic, I think is great.”

Besides gathering artists together for a common cause, acting has provided Anne with a tight-knit community to lean on.

Anne with her husband on a hike.

“There's a great community of Asian-American actors in the Bay Area and we all keep in touch,” Anne said. “Especially during this rough time, not only the attacks but also during shelter in place and quarantine. We've all been a bit of a support system for each other, which is really great.”

The long history of discrimination faced by the Asian-American community has been swept under the rug for too long. From the Chinese Exclusion Act of the late 19th century to President Franklin Roosevelt’s Executive Order 9066, resulting in the mass incarceration of Japanese-Americans, the incidences of prejudice to outright xenophobia faced by the AAPI community in the US is often overlooked. Indeed, even the mainstream media has required pressure before covering stories on the topic.

In the Chinese community, there is a saying, “to chi ku” (eat bitterness), rolling over on the mistreatment and moving on. However, Anne maintains that if the AAPPI community doesn’t speak up, the world won’t understand the gravity of the situation.

“It's something that I think, in the past, when things like this have happened, you kind of just brush it off,” she said. “You try to minimize it as much as possible and just move on and say, ‘Okay, well, let me try not to be offended by this.’ But, if we don't say something, then people don't know it's not okay. [It’s also about] raising awareness [that] this is something that actually happens all the time, so you should speak up.”

One thing that Anne continues to carry with her from her time at SJND is the principle of each person’s inherent value. It seems that the world would benefit from following suit.

“I think one of the things I learned at SJND, and it's instilled in us from the very beginning, is that we're all unique individuals, but in the end we're all the same,” Anne said. “No matter what your background is, we all deserve the same fair treatment, and we all deserve respect. And I take that with me in all the things that I do to this day.”