In 2019, millions of people in hundreds of countries went on strike demanding action against the rising threats of climate change. Spearheaded and sparked by the leadership and initiative of youth climate activist Greta Thunberg, the movement saw the participation of many young people concerned for the planet they would inherit.

At SJND, Chloe Allen, ‘21, is doing her part to raise awareness about local and global climate issues affecting the world today. As an intern at the Educator Collaborative for Environmental Justice, she is working to produce “a youth podcast by youth, for youth, about environmental justice.”

As the podcast goes into production, the potential topics and possibilities are vast. Chloe’s interests range from cryptocurrency to environmental racism and city planning.

“I'm planning one about cryptocurrency and the environmental effects of Bitcoin and NFT's (non-fungible tokens)...celebrities getting into NFT's and also the gender roles surrounding finance and cryptocurrency, and how girls don't always feel as comfortable in that realm.”

Though she notes that it may not be the most pressing issue in regards to the environment, Chloe has observed the absurdity of the concept itself. 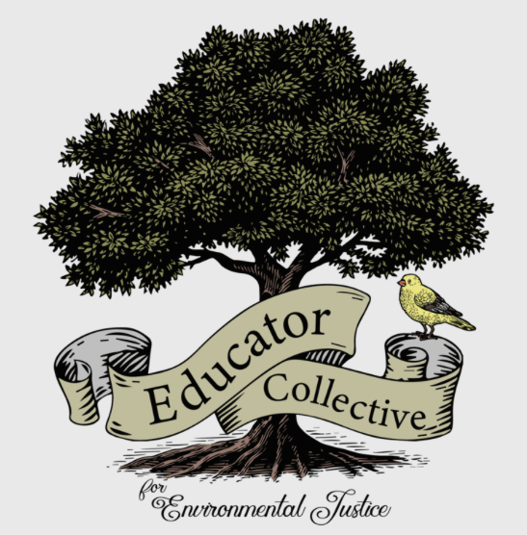 “It's really interesting how value is created out of nothing. It's just all of these machines doing this crazy stuff, and now something's valuable just because everyone decided it was. That's just crazy,” she said.

One topic she’d like to explore further is that of environmental racism, both in representation in the environmental movement and the injustice experienced by certain communities.

“I'm most angry about environmental racism, especially in the Bay Area. My first podcast episode is going to be the Chevron refinery in Richmond, and how that's connected to racist zoning policies and redlining and all of that stuff, and how it results in higher pollution burden and health problems for disproportionately poor people and minorities,” she said. “Stuff like that, where it's very obvious that pollution is targeted toward more vulnerable people who aren't as privileged and therefore aren't as equipped to protect themselves from these huge industries.”

Chloe first got involved in environmental activism thanks to one of her former science teachers, Ms. Jennifer Diaz, who invited her to join SJND’s Youth Environmental Activists club (YEA).

“That was what got me more into the world of environmental activism. [Ms. Diaz has] given me all these opportunities to organize and participate in all this cool stuff. I think the more I do it, the more I'm interested in it and excited about it,” she said.

Getting more involved spurned Chloe to action as she learned about the threats that loomed.

“I got very scared about climate change, and I was like, ‘can't just let myself do nothing.’ So, I wanted to act and then opportunities were provided for me to do that, and I took them,” she said.

At the Educator Youth Collaborative, Chloe’s main responsibility will be podcast production. Though the work is detailed and intense, she enjoys doing the research.

“Researching for a podcast is very in-depth stuff,” she said. “I have 20 tabs open on my computer right now. It's intense. I've outlined a script for the first episode. That's pretty much all done, and then I just need to look at my notes and talk about it for an hour. I find it really fun to build out an outline for something and envision myself talking about it. It's an exciting project [and] fun for me, because I think I like being on camera and speaking in front of people, so it comes pretty naturally to me.”

“I feel like a lot of the media that's directed towards kids is kind of obviously by adults who don't really understand what we want or like. [This podcast is] cool because it's actually by youth, and we think it's pretty interesting.”