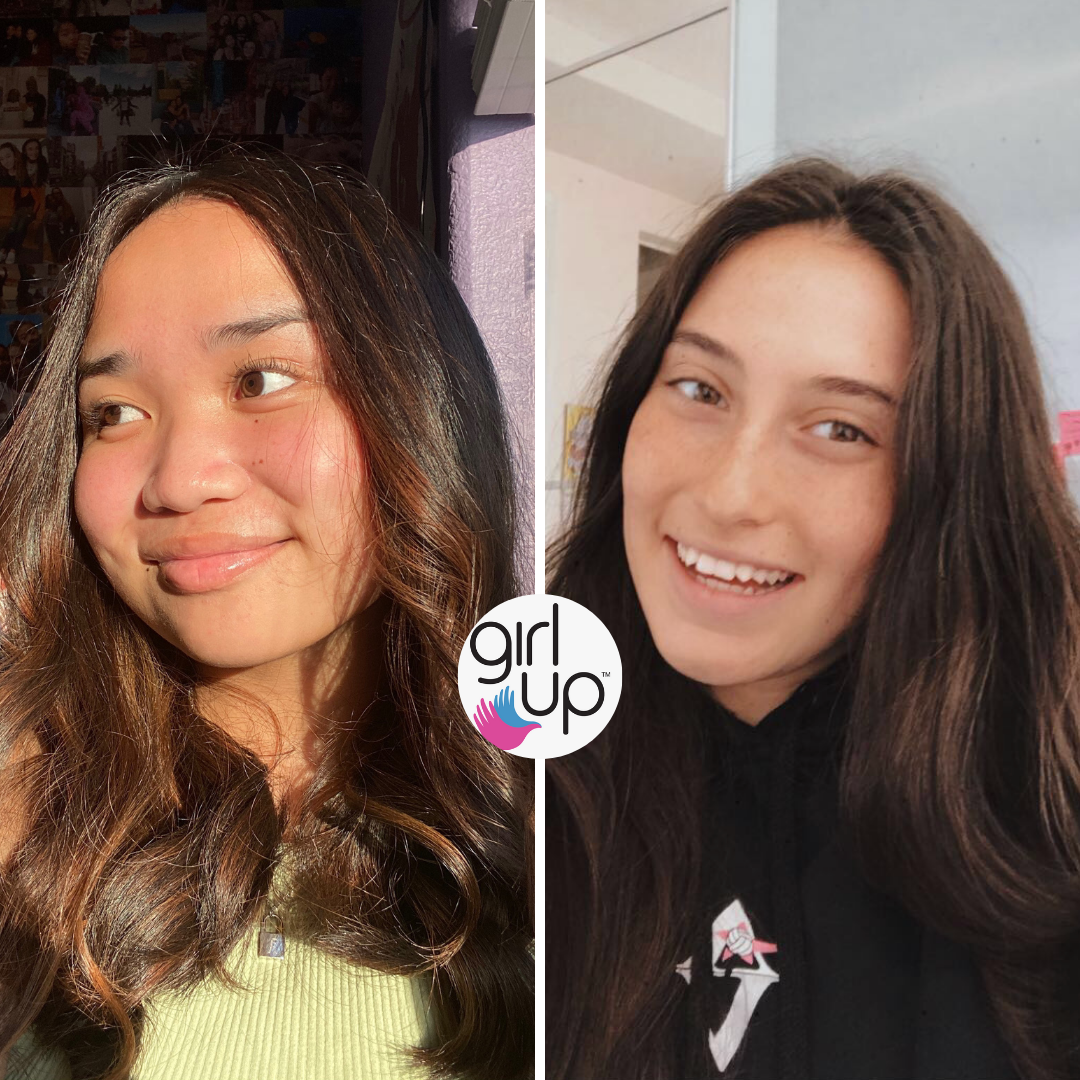 It was a Thursday afternoon in March 2020. They thought it would only be two weeks, like the email said. Ashley Roben, SJND ‘22, didn’t bother saying goodbye to her friends. Angelina Cinco, SJND ‘22, remembered laughing in the car with her friends, thinking about a playlist they’d make to commemorate the day.

Two weeks became four. A month became two. Soon, they finished the remainder of the school year online and the pandemic that forced schools across the country to go to distance learning showed no signs of stopping. Despite the dashed hopes and expectations, it was a time of growth for both girls as they navigated their own schedules as well as those of their families.

“I gained a greater sense of independence because I've had to do a lot of stuff on my own,” Angelina said. “I've had to attend meetings on my own and work around my own schedule that fits also with my family.”

“It was really hard to watch my siblings having to learn online, like my brother,” Ashley remembered. “He was still learning how to read, so having to help a seven- or eight-year-old with that was challenging while balancing my own schoolwork.”

Both Ashley and Angelina found ways to thrive amidst the chaos. The girls said they work better independently, so online learning provided them with the space to do so. The learning environment also gave them a taste of what college would be like as grading systems shifted and they found themselves needing to find new time management skills as the traditional external pressures had been stripped away. 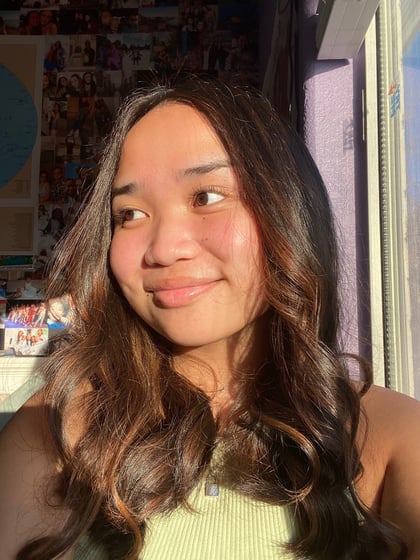 Aside from daily life, the remaining conundrum was keeping in touch with friends and family.

“Sometimes, it's hard after long school days when you're on a screen all day and you have meetings all day, to sit in front of another screen for FaceTime,” Angelina said.

“I have a really big family and I normally get to see them a lot,” Ashley said. “Because we go and play volleyball and are exposed in that way, we don't want to go and expose my grandparents because they're older. So, it's been really hard not to see them in person.”

In the midst of the upheaval and dashed expectations for a “normal” grade 11/junior year, Ashley and Angelina founded Girl Up. Girl Up is an United Nations initiative that raises awareness and works toward equal educational opportunities for girls.

Ashley learned about the initiative from her mother, and ended up attending the virtual summit last year, where she heard Michelle

Obama, Yara Shahidi, Megan Markle, and others speak. She later shared about the experience with Angelina, inspiring Angelina to dive deeper into the topic.

“I ended up doing an essay about unequal access to education in third world countries versus America, where I talked a lot about American privilege and how the American public school education system is something that a lot of Americans take for granted because it's there,” Angelina said. “It's always been there, at least for our generation, and that's all we've ever known if you're in the public school system.” 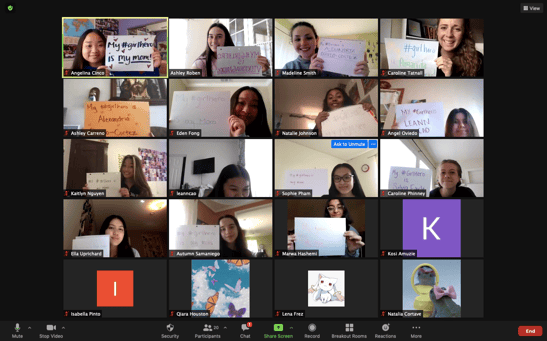 Members of the Girl Up Club at a recent meeting.

Launching the club during remote learning was interesting. All the normal ways to recruit turned into virtual events, but even then, the girls felt it was well-received. Thanks to some social media smarts, they had also built up sufficient interest over Instagram, direct messaging around 100 students they believed would be a good fit.

Their achievement for this academic year was raising $1,000 for the United Nations High Commissioner for Refugees. The money went to supporting girls’ education in Ethiopia and Uganda. 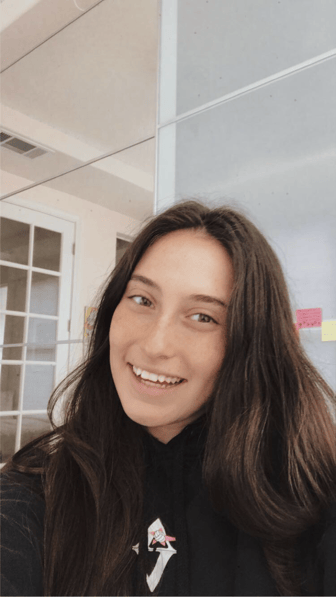 “It only costs $25 to send a girl into this program,” Ashley said. “For us, that's really crazy because going to a Catholic school, our education costs a lot more, so the fact that we can contribute to sending them into a program that will help further their education, or be the start of it, is really amazing to think that you can have that impact on someone's life.”

Running the Girl Up club has also taught them valuable leadership skills and given the girls a newfound empathy for teachers running their classrooms on Zoom the past year. Since club meetings are also on Zoom, Ashley and Angelina have learned a thing or two about the awkward silence that follows a question.

“I have a newfound respect for all of our teachers who have to teach virtually because it is hard sitting there in dead silence when you ask a question, and no one says anything,” Ashley reflected. “The awkward silence really hurts.”

When asked what people should do to support Girl Up, the answer was simple. Just come to a meeting.

“Ashley and I create an atmosphere that is so chill and welcoming,” Angelina said. “All you need to be a member of this club is a passion for equal access to education amongst women. Like Ashley said, when women rise, we all rise. Whenever we find someone who's also passionate about the cause, or who's even willing to just learn a little bit more about it, we're really excited."