When Qiara Houston’s brother graduated from SJND last year, she decided to find a creative way to celebrate him in the middle of a pandemic that threw all traditional festivities by the wayside. 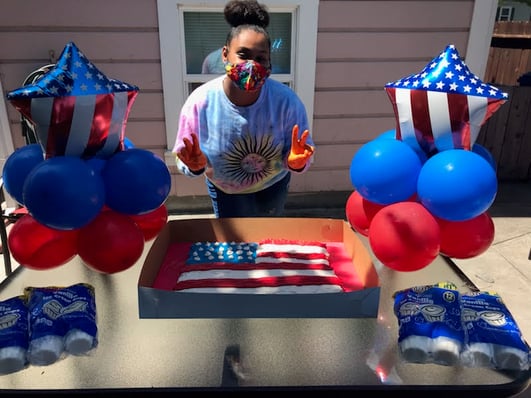 “He didn't really get to have the full graduation experience due to COVID,” she remembered. “I kind of surprised him with some balloons. He actually didn't know that I made them; he thought I bought them. I saw how it brightened up his spirits and my family's, so I just thought I wanted to do that. I wanted to bring smiles to people's faces. It actually lifted up my spirits, because it kept my mind off being away from my friends in school.”

The balloon arch she created for her brother morphed into her own small business she calls Qiara’s Creations, and the distraction of creating helped the then first-year SJND student stave off the loneliness of separation from friends during distance learning. A year later, she now offers balloon arches and table toppers, along with assorted baked goods in the form of cakes and cupcakes. 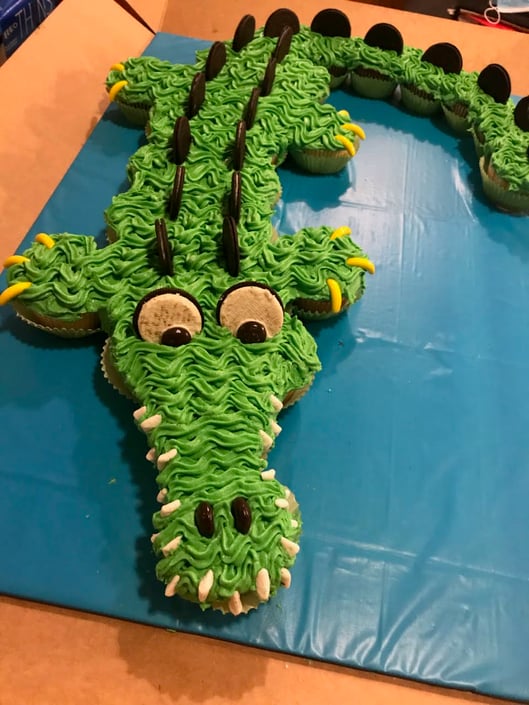 “My personal [sales] anniversary is coming up next week, I think,” she recalled at the time of the interview. “I had a balloon order and I started baking a little bit later, two months later. Everyone started ordering. I actually started off with my cousin's birthday, he actually wanted an alligator cupcake cake.”

Take a glance at Qiara’s elaborate creations on her Instagram page, and you would never guess that this is a new venture. The googly-eyed alligator cupcake cake, towering, generously-frosted layer cakes, and fun balloon decor have the characteristics of a seasoned pro.

“I'm self taught. I hadn't really learned from anyone; I've watched a few videos to get familiar with the techniques. But a lot of hours in the kitchen,” she said.

The idea for balloon towers and toppers came from YouTube, and on the encouragement of her mother, Qiara set out to make her first one.

“I actually blew up all 80 balloons, and I built them all up by myself, like with my mouth,” she remembered. “That's a lot of air, so I invested in an air pump.”

Though she’s planning to continue her business in the foreseeable future, Qiara shared that her dream is actually to become a pediatrician. 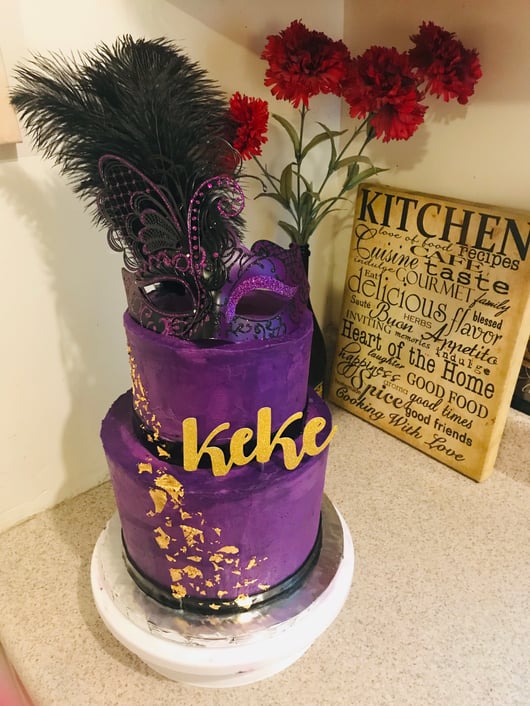 “I've known since fourth grade because I love babies and I love kids,” she said. “I knew that I wanted to be in the medical field and help people. I just think that’s the kind of person I am.”

In the meantime, she’ll keep crafting because she loves being creative, and serving Alameda, Oakland, and San Leandro. As for the profits, they’ll be used to further her post-high school plans.

“I'm actually using my savings for medical school,” she said. “That's why I really love it, because I'm getting to do what I love and create, but also save for my future.”