Raise Your Voice: Natalie and Samara (‘22) on Leading the Black Student Union 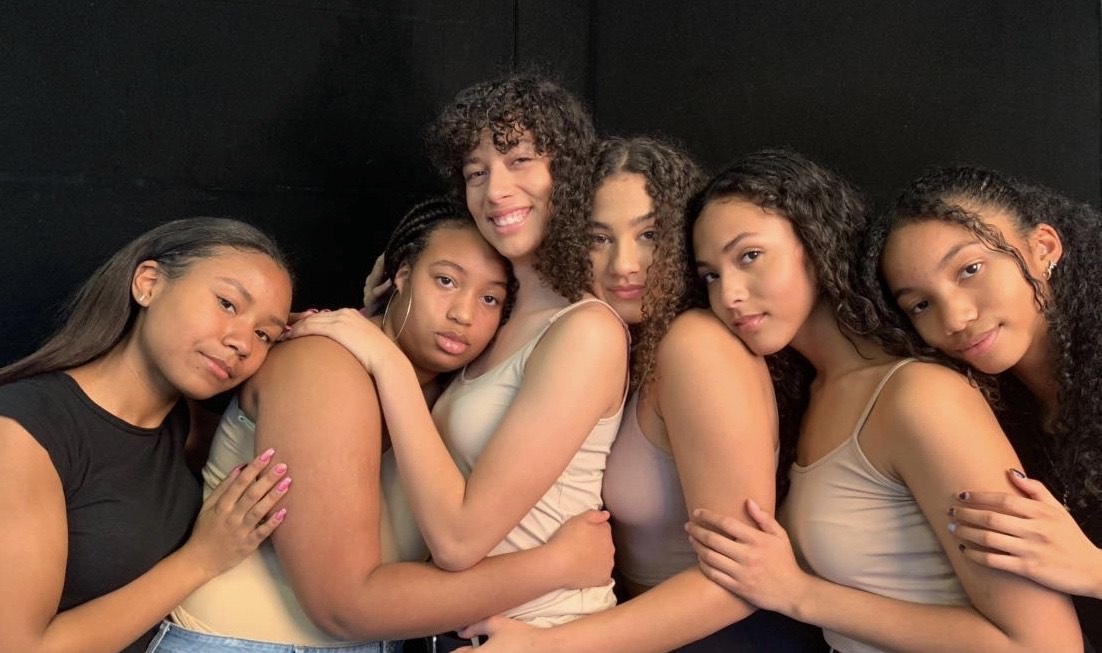 Tear gas. Rubber bullets. COVID-19. When protests erupted last year following the murders of George Floyd, Breonna Taylor, and others, Natalie Johnson and Samara Scott (both class of ‘22), wanted to go. Their parents, however, were less keen on the idea, given the circumstances. That didn’t stop the co-presidents of SJND’s Black Student Union from doing what they could to be involved.

“Some of our members, I want to say almost 30 percent of us or more, participated in protests,” Natalie said. “I'm not completely sure. But, of course, COVID was happening. I know [all the BSU members] did something to help. Personally, my parents weren't comfortable with me going out because of COVID and stuff like that. But, I made sure that I was still helping and being a part of a solution.”

For Natalie, this meant providing resources to allies who were unsure of where to start. She compiled lists of petitions, research, and other helpful information that she later shared.

Samara recalled wanting to attend the protests, but did not as her parents feared for her safety. 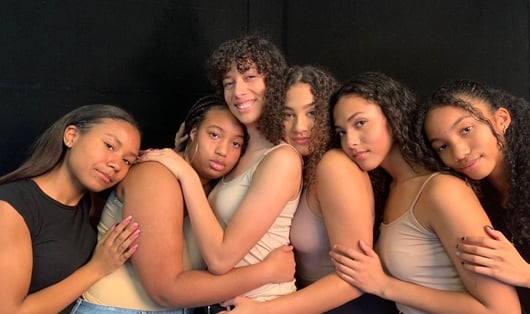 “At the time that I got brave enough to go protest, that's when the National Guard was called, and they were shooting people with rubber bullets and arresting people, pepper spraying people,” she said.

Though they couldn’t march at the larger events, Natalie and Samara have found other ways to use their voices for justice and good as the leaders of the Black Student Union (BSU).

“The situation with George Floyd and other people that that has happened to is tragic, and we all feel for the situation,” Natalie said. “If you're looking at it from retrospect, I wish none of it happened. But, it did open the door for bigger conversations.

“Personally for me, it was a little weird, because obviously I knew that things were happening,” Natalie shared. “I wanted to be a part of a solution. I wanted to console anyone that needed to be consoled, but I was in sort of a limbo. Obviously, all people of color can be targeted and all this stuff, but I think a big thing that I think about a lot...is not feeling like you fit in, in one specific ethnicity, you know? After a lot of reflections with my family...there's no reason to diminish how you feel. Everyone's feelings are valid.”

Besides co-leading the BSU, Natalie is also a member of the student diversity board, which hosts town halls to give students space to discuss important, difficult, emotional issues.

“I've seen people cry in the town halls, and just being able to talk to someone, I think, is a really powerful thing,” Natalie said. “A lot of students feel like they're going through something that they don't have anyone to talk to [about]. I think our DEI board did a great job of including panelists who can connect with these students. It really opened up the eyes of a lot of people. I'm glad that happened, because it opened the door for more conversation.”

During the unexpected, unconventional school year, Samara’s and Natalie’s biggest priority was keeping the BSU members connected and checking in. Despite shelter-in-place and a decline in involvement, which Samara noted had always been strong in the past, the club and SJND rallied for a successful fundraiser.

“We decided to help the East Oakland Youth Development Center,” Samara said. “A lot of the students in BSU, including myself, have been involved with EOYDC, some more than others, and we wanted to do something that was close to home and that would directly impact our community for the better.”

Thanks to the partnership of Lola’s Chicken Shack in Alameda, the turnout was a success.

“It was really nice to see how well the SJND community came to support us and to support EOYDC, especially through COVID,” Samara said.

The burst of support was welcome during an otherwise disappointing year for club gatherings. According to Samara, BSU often serves as an outlet for intentional conversation about their shared experiences. Additionally, in the past, the club has hosted or attended events that promote community and education, such as the Black College Expo.

She and Natalie will remain co-presidents of  BSU for the following school year, and Samara has big dreams and plans. One is to organize a trip to the African American Museum in Washington, D.C. She hopes that doing so will help foster understanding of African American culture.

“It's kind of hard; we've created our own culture and things have been taken from us,” she said. “It's a struggle for every student. But I think that BSU offers an opportunity for us to talk about it.”