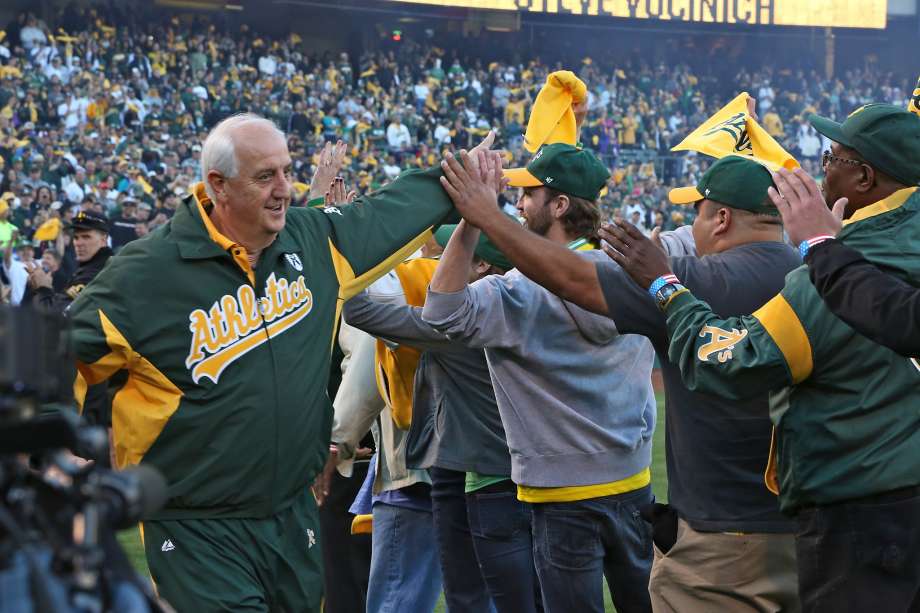 Moneyball. Two 20th-century dynasties. Bob Melvin. In his 54 seasons with the Oakland A’s, it’s safe to say that Steve Vucinich, ‘70, has seen it all. After an incredible tenure, the equipment manager will be retiring in the spring of 2022. 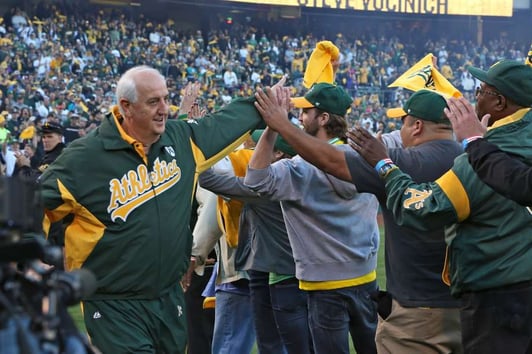 Steve joined the Oakland A’s when they moved to the Bay Area in 1968, working as a ballboy while in high school. From there, he went on to serve as an assistant in the home clubhouse before becoming the visiting clubhouse manager. He has spent 28 seasons as the A’s equipment manager, and was also heavily involved in the Major League Baseball Equipment Managers Association.

For his illustrious service, the Oakland A’s honored Steve with an induction into the Athletics Hall of Fame, class of 2022. On September 26, the team hosted a pre-game retirement ceremony before facing off against the Houston Astros. The stadium clubhouse will be named in Steve's honor.

Steve graduated from Saint Joseph Notre Dame High School in 1970 and went on to Chabot College. We congratulate this fellow Pilot on an amazing career and wish him a happy retirement.

Read more about this honor in the news.